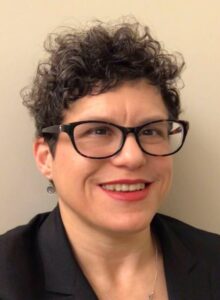 “Headache centers are a thing?” That was the first thought that came to mind on a cold day around the turn of the century when I was a medical student getting oriented on my stop at Thomas Jefferson University on the interview trail for neurology residency. The Department of Neurology, and its residency program, were among the smallest in the nation back then, but The Jefferson Headache Center was considered one of the most prized crown jewels of the enterprise. Being naïve, I didn’t know this at the time, but it wasn’t long before our guided tour reached Suite 8130 to be regaled by none other than Dr. Stephen Silberstein, and I began to see the light. We sat in an unoccupied corner of the waiting room, listening to him exuberantly extoll the virtues of the field and the satisfaction it brings, reinforced by the smiles and nods of staff, patients, and clinicians passing by. It also resonated with me hearing about how he and the team at JHC helped not only those in the region, but folks from around the country, even around the world, including one of my favorite professional hockey players! I thought to myself, that even if I didn’t follow this path (because after all, I wanted to be a neurologist to understand how the brain works through diseases like stroke, epilepsy, dementia, and movement disorders), if I could match here, I’d surely get a unique training experience.

Fast forward to Match Day, and Jefferson it was! Of course, I’d still have to wait a little over a year, to finish medical school and internship in Chicago, before I could return to my hometown area and fulfill a longtime dream of becoming a neurologist. Longtime dream, you ask? Indeed, longer than I realized. You see, my father is a general surgeon, and I have been inspired by him for as long as I can remember. In fact, I can’t recall a time when I didn’t want to be a doctor, and fondly remember pestering my dad for lessons in anatomy and suturing (I already knew how to describe cardiopulmonary circulation in detail before our grade school trip to the Franklin Institute and its famous walkthrough heart exhibit, and I also learned how to tie surgical knots before I could tie my own shoes). But there’s being a doctor, and then there’s being a particular kind of doctor, and that second part is something I didn’t give a lot of thought to until I got to college. Late in my sophomore year, I connected the dots between my fascination with the brain and senses as well as the medical profession dating back to early childhood. I’m pretty sure I didn’t really know neurologists existed until then… But I digress!

When the time finally came to start my minting process as a fresh-faced neurology resident in July 2002, I was assigned, completely by chance, to be mentored by – you guessed it – Dr. Silberstein. He got to work quickly, taking every chance he could to convince me that headache medicine is “where it’s at,” even going so far as to say he would save a fellowship spot for me for three years hence. “Wow, this is pretty serious, eh?” Still, I wasn’t sure that headache medicine was right for me. It would take nearly two more years of flirting with other subspecialties for me to realize that indeed headache medicine could not only feed that hunger of mine to understand how the brain and senses work, but also simultaneously offer a career ripe for building lasting relationships and restoring livelihoods.

A seminal step on that journey came in the autumn of 2003. I was on the inpatient neurology consults team, and Dr. Silberstein happened to be leading it. One morning, he thrust a piece of paper in my hands saying, “You wanna go to Scottsdale? Here, fill this out.” I had no idea what he was talking about. But when Dr. Silberstein says do something, it’s best to listen, and long story short, I won a travel scholarship to the meeting. I had no idea how life changing it would be.

Starting with that very meeting, followed soon after by at least one headache meeting per year, I was getting hooked. Not only by the medicine, and the science, and the prospect of helping so many patients, but also by the people who comprise our field. Neurologists are a special breed of physicians, and headache specialists are an even MORE special breed of clinicians. I, “a nobody,” felt comfortable and at home in this amazingly welcoming and nurturing community. And I felt, truly and honestly, that someday, I could be “a somebody.”

As time rolled by, I found myself wanting to get involved in AHS more and more, and thankfully, there were plenty of opportunities for even a nobody like me to start making a splash. I went to Special Interest Section meetings regularly, and eventually found myself Chairing or Co-Chairing more than one. Since education is a major passion of mine (I even took time off in the middle of medical school to get a Masters degree in Education with a goal of actually knowing what I was doing when teaching medical students and trainees, and eventually becoming a program director of some kind), I held a keen eye on the stage podium, hoping for an opportunity to shine there. Of course, it takes time to get there, but my day did come, and then came again and again, and again! Indeed, one of the things that makes me most proud is being asked to lecture not only by AHS (including the Scottsdale Headache Symposium, the Annual Scientific Meeting, and Next Generation Migraine Therapies conferences), but by many other people and societies as well.

After several years of regular meeting attendance, SIS participation, and yes, a number of lecturing duties, I was fortunate enough to be asked to volunteer on committees and working groups focused on education (such as an Ad-Hoc Committee on Medical Student Education, the Resident Education Program, and REACH), and ultimately, I won an invitation to be a member of the Scottsdale Program Planning Committee, the very conference that served as a major catalyst in my career trajectory. Around the same time, I was honored to receive a request to be part of the origin story for First Contact – Headache in Primary Care, along with Drs. Kathleen Digre, Duren Michael Ready, and Adam Sprouse Blum. An inititative like this had been a dream for so many years. Now it’s finally become a reality, and it’s exceeding all expectations! This past year, I am privileged to join the AHS Board of Directors as an At-Large Member, and am proud to have won the “Above and Beyond Award” alongside my aforementioned esteemed primary care colleagues Drs. Ready and Sprouse Blum. I wanted to be “a somebody,” but I didn’t really know if I could ever make it this far. Of course now, I want to go even further, and be “a REAL somebody!”

If you’re still reading, I congratulate you. There’s actually a lot more I could write about – I haven’t even mentioned advocacy yet! I’d be remiss if I didn’t highlight how important being an advocate has been for me, and I have to thank, among many others, Drs. William Young and Robert Shapiro, for getting me started in advocacy. If you aren’t familiar with groups like Miles for Migraine, CHAMP, and the Alliance for Headache Disorders Advocacy, check them out, and OF COURSE also tap into the great work being done by the American Migraine Foundation and the AHS Advocacy Committee.

In closing, I want you to know how grateful I am for this community (including you!), and how honored I am for the opportunity to continue to serve the Society, and for this Spotlight. There are so many more inspirational mentors, sponsors, and members to mention, but I fear I’ve already well exceeded my character limit! Thank you, everyone. Our future looks brighter than ever, and I’m humbled to be a part of it.