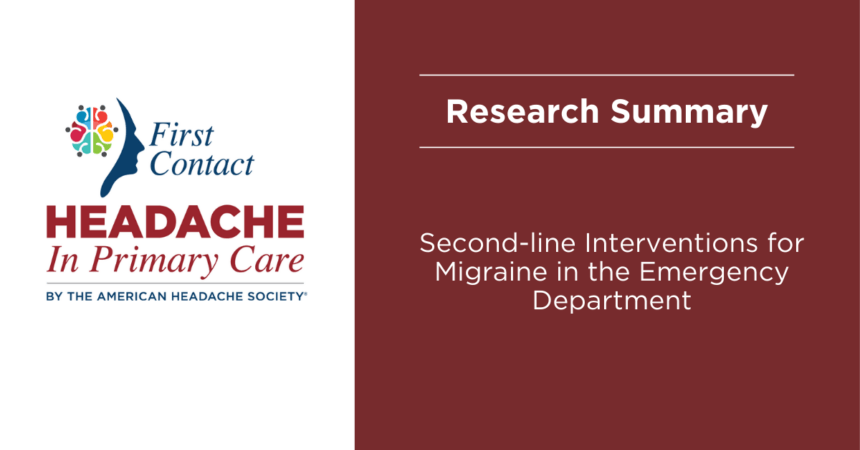 Research Summary: Second-line Interventions for Migraine in the Emergency Department

Headache®: The Journal of Head and Face Pain published “Second-line interventions for migraine in the emergency department: A narrative review.”

Millions of patients visit emergency departments (ED) each year for the treatment of migraine. However, for up to one-third of treated patients, first-line agents like metoclopramide, prochlorperazine and sumatriptan fail to provide sufficient relief. This study’s objective was to discuss the evidence supporting the use of second-line agents for migraine patients in the ED who didn’t improve adequately after treatment with first-line medications.

The authors were only able to identify scant data—most published data on migraine refractory to first-line parenteral medication were not controlled, randomized or blinded.

This summary is part of the First Contact—Headache in Primary Care initiative, an American Headache Society program that provides educational resources to empower healthcare professionals and improve headache and migraine care. We encourage providers in all stages of their careers to visit our homepage to access educational tools to improve patient care.