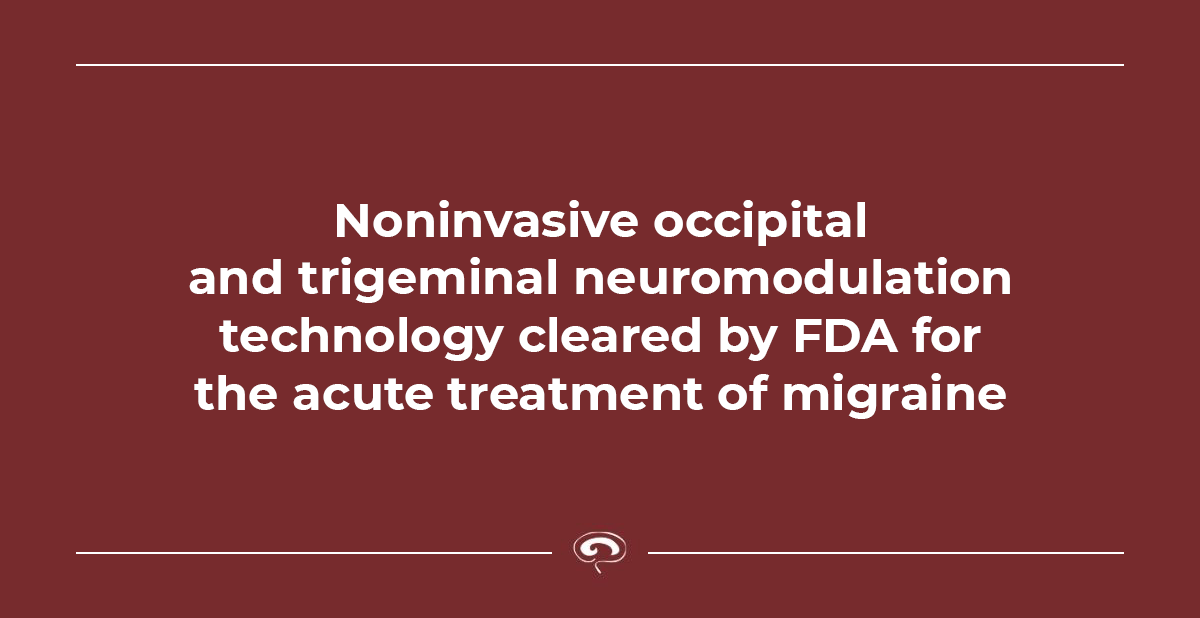 On March 2, Neurolief announced that it has received Food and Drug Administration (FDA) clearance for its Relivion® system, a non-invasive, multi-channel neuromodulation system for at home, acute treatment of migraine attacks. The device is worn as a headset and stimulates occipital and trigeminal nerves according to the company’s March 2 press release.

According to the company’s release, FDA marketing clearance is based on the results of a multicenter, prospective, randomized, double-blind, placebo-controlled clinical study. 46% of the patients in the active group reached complete pain freedom compared to only 11.8% of patients in the control group. No serious adverse events were reported, the statement adds. The study was conducted at clinical centers in the United States and Israel and evaluated the safety and efficacy of the device with 131 patients who met the International Classification of Headache Disorders (ICHD-3) criteria of migraine with or without aura.

This study has not yet been published in a peer reviewed journal. See the company’s press release including additional information about the clinical trial here.

This article is notice of a new approval, not intended to be an endorsement of a particular product and/or treatment modality.