Skip to content
Home / News / From the Journal: The Prevalence of Migraine and Severe Headache
All
Advocacy in Action
Headache in the News
Media
Society News
Society Spotlight 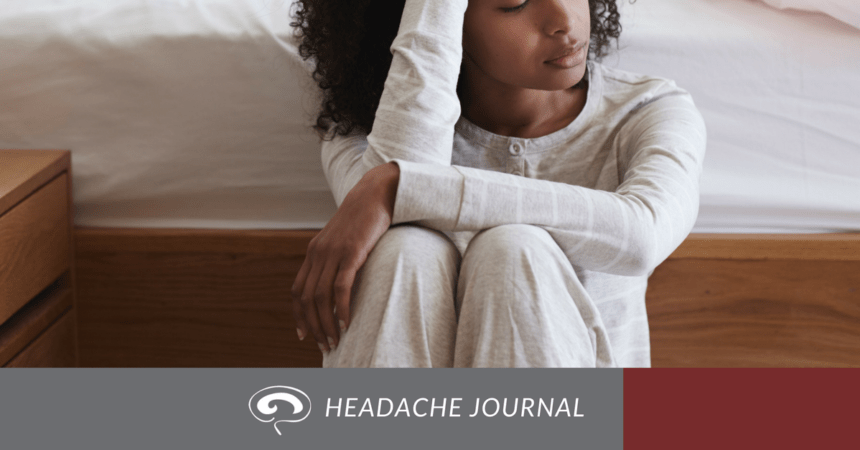 From the Journal: The Prevalence of Migraine and Severe Headache

Research from Headache characterizes the prevalence of this debilitating disease

Migraine and severe headache are leading causes of disability throughout the United States. In order to ensure that newly developed treatments are made available to those most commonly affected by these debilitating head pain disorders, it is important to seek a continued understanding of the distribution of headache in specific demographic segments of the population. A recent study published in Headache gathered the most recent summary data published by the National Center for Health Statistics to assess the stability of migraine prevalence estimates over time.

The study, titled The Prevalence and Impact of Migraine and Severe Headache in the United States: Figures and Trends from Government Health Studies1 by Rebecca Burch, MD, Paul Rizzoli, MD and Elizabeth Loder, MD, MPH, extracted age, race/ethnicity, sex-standardized and socioeconomic data from three nationally representative, population-based government health surveillance studies performed in 2014 and 2015. The extracted data was then summarized over time and as a function of the observed demographic variables.

The study found that migraine and severe headache disproportionately affects women, with the overall prevalence being 20.7% in females and 9.7% in males. Researchers found that over the last decade, the sex prevalence ratio has varied slightly between 2 and 2.4. When analyzed by age, the highest prevalence was found between the ages of 18 and 44. 17.9% of this demographic reported migraine or severe headache within the three month period prior to being surveyed. This number dramatically decreases with age, with only 5.1% of people over the age of 75 reporting either migraine or severe headache.

The data also displayed a high prevalence of head pain in members of families with an annual income less than or equal to $35,000 and families that live below the poverty line. In 2014, living below the poverty live was defined as having less than $11,670 annually per person. In general, people under the age of 65 receiving government healthcare assistance (through either Medicare or Medicaid) were found to be more likely to experience migraine or severe headache.

Among ethnic groups recorded, American Indians and Alaskan natives had the highest prevalence of migraine (19.2%) and Asians had the lowest (11.3%). One of the selected surveys, the National Health Interview Survey, performed a separate study on 3,197 households that identified as Native Hawaiian and Pacific Islander to counter the generally unreliable estimates studies on this subgroup usually generate. After analyzing the data collected from this survey, researchers found that they had 13.2% of respondents experienced migraine or severe headache.

The results of this study are valuable as new migraine therapies continue to shift toward more specific treatments which may be more costly, leaving many patients concerned about their affordability. The authors emphasize that migraine disproportionately impacts historically underserved populations who may have less access to such treatments.