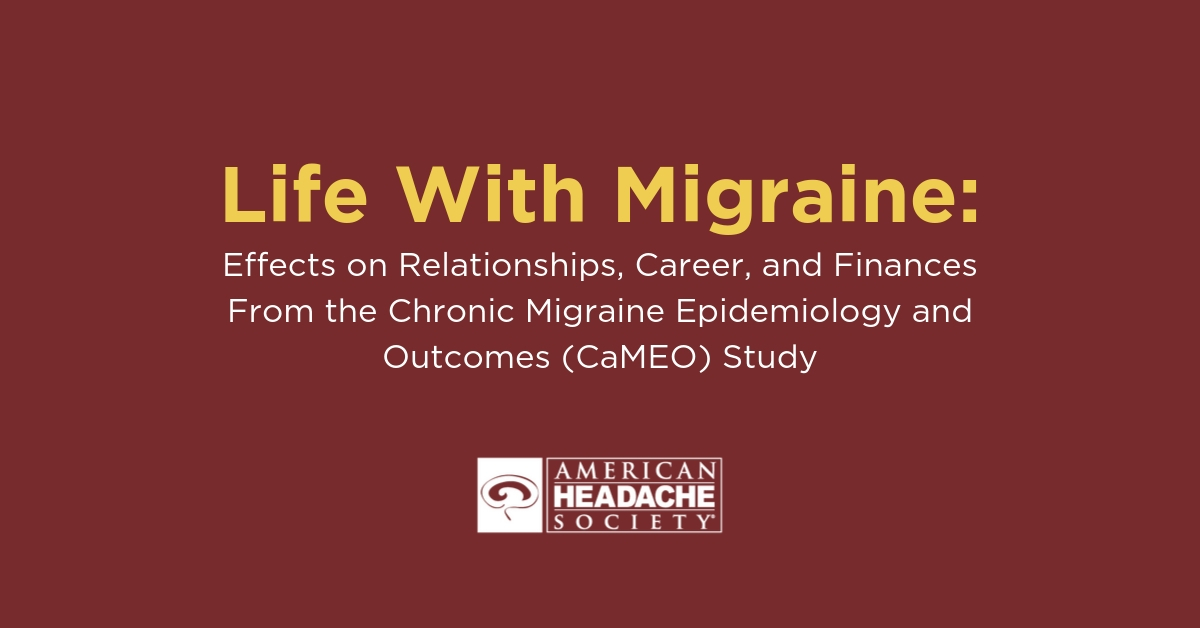 A new CaMEO Study analysis demonstrates the wide-reaching impact of migraine on the partners, children, and jobs of people who live with it.

The burden of migraine has a well-recognized effect on those who live with the disease. But there is also a ripple effect that affects their careers and family life, as well.

“We have long known that living with migraine, a chronic, painful, unpredictable and often disabling disease, can have wide and far-reaching effects on every aspect of life that someone holds dear,” says Dawn Buse, PhD, FAHS. “People with migraine tell us these stories on a daily basis.”

This is according to Buse, who—with Richard Lipton, MD, FAHS, and colleagues—co-authored a recent analysis that found migraine can negatively affect many important aspects of life. This includes marital, parenting, romantic and family relationships. It also impacts career and educational accomplishments, as well as financial achievement and stability. The perceived overall health and well-being of people with migraine was also found to be affected by the disease.

“People with migraine, for the most part, live as part of families,” says Lipton. “The burden of migraine is not just on the individual with migraine, but on their partners and children as well. The study broadens our understanding of the burden and the impact of migraine.”

Healthcare professionals can use these data when treating patients with migraine. Understanding how migraine is impacting personal relationships and professional life, providers can better design comprehensive, personalized treatment plans.

Buse, Lipton and colleagues set out to assess the effects of migraine on important life domains. The researchers used data from 19,891 respondents to the Chronic Migraine Epidemiology and Outcomes (CaMEO) Study. CaMEO took place between September 2012 and November 2013.

“As a mother myself, this outcome is particularly heartbreaking to me,” Buse says. “We do not want to allow migraine to continue to have this power and negative impact on peoples’ life choices.”

Additionally, 32.7% of respondents said headaches negatively affected at least one area of their career. Moreover, 32.1% said they worried about their long-term financial security because of migraine.

Despite the straightforward nature of the evidence, Lipton says summarizing the study is challenging. He believes, for example, that some patients with migraine may not be the bad partners they believe they are. Thus, guilt caused by their condition may be a factor.

Turning to Partners and Children

Another way forward could involve family therapy, according to Lipton.

“If we think of migraine as we do many other chronic illnesses, as a disorder that affects the family system, it may create opportunities to do family-based interventions that reduce the burden of migraine,” he says.

Buse also highlights that these data are important to share. This is so that people with migraine and their families do not feel alone.

“Living with a chronic, painful and potentially disabling disease is hard,” she says. “However, we also want to offer hope that this burden can be lifted.”

The study was published in the journal Headache®.