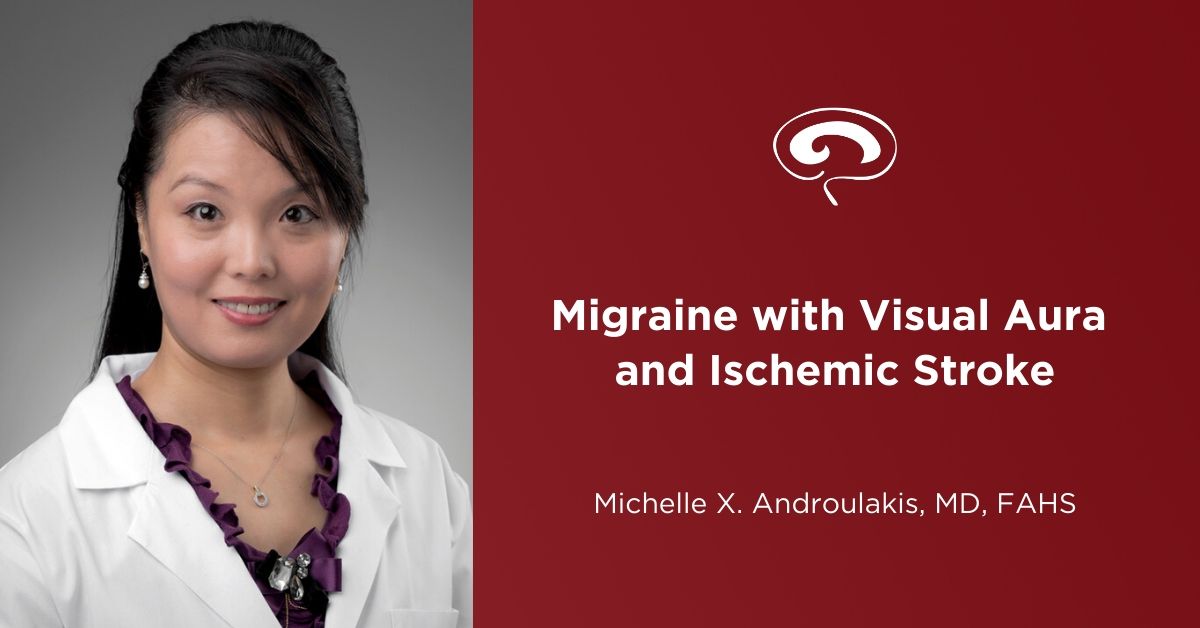 A recent study published in Headache: The Journal of Head and Face Pain yielded some unexpected findings on the connection between the age of onset for migraine with aura and its association with late-life ischemic stroke risk, according to the study’s lead author.

Michelle X. Androulakis, MD, FAHS, of the University of South Carolina/Columbia VA Health Care system and colleagues found that migraine that developed earlier in life—before the age of 50—was not linked to an increased risk of stroke among elderly patients. This goes against some of the findings of previous research, Androulakis says.

“The result was totally unexpected,” Androulakis says. “When we initially proposed this study, we knew that, based on previous research, there is a link between migraine with aura and stroke risk. But there is really no large-scale study looking at the onset of migraine with visual aura and the risk of stroke. These can be two very different things.”

Androulakis and colleagues studied an ongoing, prospective longitudinal community-based cohort first observed during the Atherosclerosis Risk in Communities (ARIC) study. The participants were interviewed between 1993 and 1995, then followed for ischemic stroke incidence over 20 years.

Additionally, researchers found that migraine without aura was found to not be associated with increased risk of stroke, regardless of the age of onset.

Androulakis says the results of the analysis were contrary to what she and her colleagues hypothesized.

In light of these findings, Androulakis says additional research is needed, specifically calling for a prospective study that asks the same question she and her colleagues did. “Headache research has advanced tremendously over the last three decades since the ARIC cohort was started,” she says. “We could potentially ask more detailed questions based on ICHD 3 diagnostic criteria, based on what we know now.”

Androulakis cautions, however, that ICHD 3 does not feature detailed descriptions/classifications of migraine with visual aura, despite the existence of well-defined research on how exactly the condition presents.

“I think that if we can further define it and give it more-definitive criteria, then design a study based on that, that could potentially shed more light on stroke risk in this population,” she says.

Androulakis stresses that because the findings were unexpected, she wants to make sure people aren’t confused about what they mean. She notes that there are a lot of little details in the study, and cautions against extrapolating the data as a blanket statement for all patients with migraine.

“One of the things I always try to emphasize is that this is a very special cohort of elderly patients,” she says. “We’re not talking about 30- or 40-year-old patients with migraine. We’re looking at a special population and the long-term, cumulative effect of migraine on stroke risk in late life among patients who have not had a stroke previously.”

Nevertheless, Androulakis says that, as a clinician, she feels strongly that this research yielded very helpful information. She says this study helps her to start conversations with and reassure her patients.