This award is for the best paper on headache, head or face pain, or the nature of pain itself. The paper may be concerned with basic research, clinical studies or both and must include new data to be considered for the award. The recipient will be invited to present the paper at the Annual Scientific Meeting. This award was named in honor of Dr. Harold G. Wolff, a pioneer in the field of headache medicine.

Dr. Wolff was born in New York City in 1898. He received his medical education at Harvard and trained in psychiatry at Johns Hopkins. In 1932, he was recruited as the first head of the new division of Neurology at New York Hospital-Cornell Medical Center. His emphasis at the time was on protective and defensive reaction patterns of individual behavior that lead to disease, and the meaning of precipitative events and environmental setting in illness. His particular interest was in the personality features and reactions of migraineurs.

Dr. Wolff ’s appointment to that pioneering post was based on his broad education which included training in neurology and cerebral circulation at Harvard; experience in Austria and America on the humoral transmission of nervous activity; study in psychiatry at Johns Hopkins; work with Pavlov in Russia in his Conditioned Reflex Laboratory; and, study with Desmond Curran on delirium. He went on to become one of the most experienced clinical and experimental neurologists in the United States serving as editor of The Archives of Neurology, and President of the American Neurological Association. Dr. Wolff continued as head of Neurology at Cornell until his death in 1962.

Dr. Wolff’s enormous energy and curiosity led him to question many procedures and techniques then in use and to institute many revolutionary ideas. Early in his career, he began to clarify the neurogenic control of vasoconstriction and vasodilatation in headache. He began to build his hypotheses of stress and disease, particularly on people with migraine. His meticulous experimentation contributed to the understanding of migraine. He showed the biphasic vascular reactions of vasoconstriction and vasodilatation and demonstrated that both intracranial and extracranial structures are involved in the reaction pattern. Most importantly, he discovered neurokinin, the neurohumor elaborated in the tissues resulting from excitation in the central nervous system. His last hypothesis stating that disordered vasoactivity in this syndrome reflected an adaptive response to a threat to the integrity of the brain itself would have been put to further test had he lived longer. He was ahead of his time in linking the relationship between man’s goals, his methods of achieving them, and the conflicts thus engendered as a direct link to many aspects of disease, tissue damage, and death.

It is a tribute to Dr. Wolff that many years after his death articles still appear about him and his research. In the late 1950’s, he established an institute to study human ecology and anticipated behavioral methods for treatment of headache that have only recently been accepted widely. Harold G. Wolff viewed the study of humans in this setting as especially crucial in determining the fine line between health and disease. Much of his work was concerned with the idea that during or following circumstances perceived as chronically threatening or unacceptable, primitive patterns of behavior and physiologic activity are evoked, which may produce when experienced over time, patterns of disease.

Congratulations to the 2022 recipient! 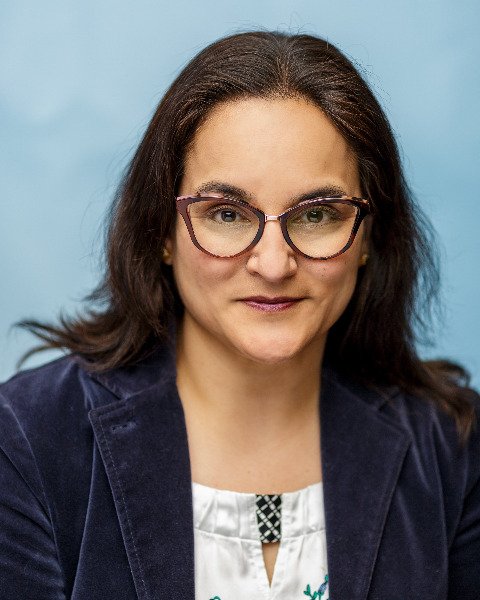 Chronic versus Episodic Migraine: The 15-day threshold does not adequately reflect substantial differences in disability across the full spectrum of headache frequency

The Association Between Parental Migraine and Infant Colic: A Cross-sectional, Web-based, US Survey Study

Identifying Natural Subgroups of Migraine Based on Profiles of Comorbidities and Concomitant
Conditions: Results of the Chronic Migraine Epidemiology and Outcomes Study

Allodynia Is Associated with Initial and Sustained Response to Acute Migraine Treatment:
Concourse Level Results from the American Migraine Prevalence and Prevention
(AMPP) Study (OR21)

The Relation Between Migraine, Typical Migraine Aura and ‘Visual Snow’

Investigating the premonitory phase of migraine with H215O PET

Oxygen Inhibits Neuronal Activation in the Trigeminocervical Complex after Stimulation of
Trigeminal Autonomic Reflex, but Not Via Direct Dural Activation of Trigeminal Afferents

Periaqueductal Gray Matter Dysfunction in Migraine: Cause or the Burden of Illness?

Sumatriptan for the Range of Headaches in Migraine Sufferers: Results of the Spectrum Study

The Occipital Cortex is Hyperexcitable in Migraine: Evidence from TMS, fMRI, and MEG Studies

Prevalence of Frequent Headache in a Population Sample

Actions of Valproate and Neurosteroids in a Model of Trigeminal Pain

Exteroceptive Suppression of Temporalis Muscle Activity in Patients with Chronic Headache
and in Normal Volunteers: Methodology, Clinical and Pathophysiological Relevance

Brainstem Influences on the Cephalic Circulation: Experimental Data from Cat and
Monkey of Relevance to the Mechanism of Migraine

The Effect of Infused Prostacyclin in Migraine and Cluster Headache

Abnormal Cerebrovascular Reactivity in Patients with Migraine and Cluster Headache

A Biochemical Comparison of Migraine and Stroke

Histamine and its Relations to Vascular Headache, with Particular Reference to
Cluster Headache

Selective Vasoconstriction in the Carotid Bed by Ergotamine: Possible Relevance to its
Anti-Migraine Action

The Influence of Progesterone and Estradiol Upon Migraine

Some Interrelationships of Vasoactive Substances and Basophile Leukocytes in
Migraine Headaches