This award honors the AHS Immediate Past President every other year with a lecture at the Annual Scientific Meeting. When not awarded to the Immediate Past President, the award will be given to a person for their international leadership in research and education in the field of headache medicine. This award was named in honor of the late Dr. John R. Graham, for his contributions in the field of headache and his great kindness and personal touch in helping patients understand and cope with their headache problems.

He returned to Boston to practice with Nobel Prize-Winner Dr. George Minot but was soon called upon to serve as a Major in the United States Army Medical Corps in England during WWII. After the war, he returned to private practice in Boston and founded the first headache clinic at the Mass General Hospital. As a bright young clinician, he was selected as Chief of Medicine at the Faulkner Hospital (1950-1974), while continuing to pursue his interest in the study and treatment of headache. He established a Headache Clinic which now bears his name, and the Headache Research Foundation at the Faulkner Hospital.

During his lifetime, Dr. Graham published many papers including observations on the mechanisms of ergotamine tartrate in migraine, the use of corticosteroids in headache, the headache that occurs with renal dialysis, and the role of methysergide and its complications in headache. He developed a series of headache profiles that are still used for teaching purposes, and worked on a computer-based headache interview. He also held many administrative positions including President of the American Headache Society, Editor of Cephalalgia, Regent for Massachusetts of the American College of Physicians, and Editorial Board of Headache. Several highlights among his many honors include, Distinguished Clinician Award of the American Headache Society, the National Headache Foundation Lectureship Award, and the Menninger Award of the American College of Physicians.

Concerned with his patients’ well-being and committed to finding the best treatment available, Dr. Graham openly shared his ideas about research. Colleagues from around the world were always welcome in his home and encouraged with his genuine interest in their opinions and research. John R. Graham was a member, a friend, and an inspiration to those who knew him and he was at peace with himself at the time of his death on April 4, 1990.

Congratulations to the 2021 recipient! 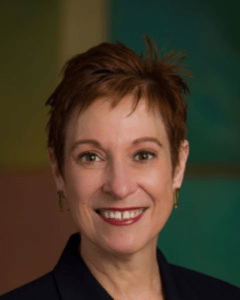 Understanding Migraine by the Company It Keeps

Headache Medicine: Past, Present and Future

The Challenge of Headache Management

Seven Steps to a Healthy Brain: A Migraine Focus

Headache Medicine: A History of Subspecialty

A Journey in the Wonderland of Spontaneous CSF Leaks: Lessons of the Past Decade

A Self Administered Screener for Migraine in Primary Care

How Did Twin Studies Affect Our Current Understanding of Migraine Genetics?